Covid-19 and Mafia: How two viruses strengthen each other 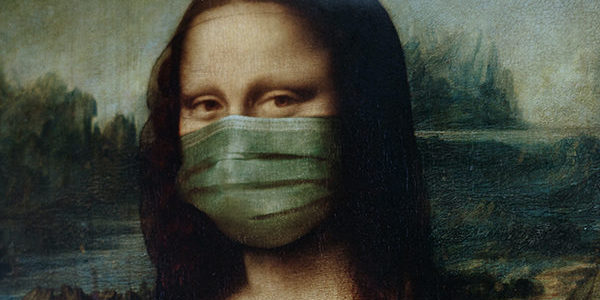 Closed borders are bad for smuggling goods and empty streets make drug trafficking more difficult – has the virus even weakened mafia clan? While according to an article in the Tagesschau, the Association of German Criminal Investigators assumes that more intensive controls at the time of COVID-19 will have a positive effect on the fight against organised crime, the Antimafia Commission of the Italian Parliament disagrees. The Commission is a permanent institution of the Parliament and the spokesman of its President recently told the NGO “Global Initiative Against Transnational Organized Crime” (GI-TOC) that: “The mafia is like the Coronavirus – it will get you no matter where you are”. So, what do we have to prepare for?

The current health crisis has few precedents in history and threatens to be a great chance for organised crime. In an interview with the Italian newspaper “La Repubblica”, Francesco Messina, head of crime prevention, warns against mafia infiltration in a weakened economic system: “The effects of the current health crisis could expose entrepreneurs and shopkeepers in various sectors to increased attempts of economic recruitment and illegal financing. The abundance of money that mafia groups have thanks to drug trafficking and the increasing financial difficulties of the companies will encourage exploitation and the takeover of entire businesses”. Francesco Messina confirms that the mafia has already begun to offer its “help” in the hospitality industry, among others. In addition, the risk of corruption increases when state officials suddenly have to manage vast amounts of public and European funds. Special care must be taken when awarding public contracts it’s a fact, well known in Italy not only after the experiences of reconstruction projects after earthquakes.

Nevertheless, it cannot be denied that a crisis of this magnitude hits Mafiosi just as hard as it hits us. As Professor Federico Varese points out: “We should not think of Mafiosi as super-humans, they live in the same world as us, and if our lives are endangered, so are theirs”. Organised crime has, however, already proved enviable resilience in the past, for example during the 2008 financial crisis: “They accept they are going to lose a bit of business from this and they are waiting for better times”, General Giuseppe Governale, head of Italy’s anti-mafia police (DIA), told the German Press Agency at the end of March. An old Sicilian proverb describes the current situation perfectly: “Calati junco, ca passa la china” (Bend down, cane, until the flooding is over).

The internationally renowned mafia expert and author Roberto Saviano went one step further and pointed out that criminal organizations can exploit any form of crisis for their own profit. In an article in “La Repubblica” Saviano describes why the pandemic could benefit the mafia: “When you’re hungry you look for bread and you don’t ask from which oven it comes or who gives it to you; when you need a medicine you buy it and you don’t ask yourself who the seller is. Only in times of peace and prosperity you do have a choice”. According to Francesco Messina, the health infrastructure, the agri-food sector and small and medium-sized enterprises in tourism and catering are particularly at risk of being infiltrated.

The Italian authorities are observing illegal trade in respiratory masks that are exported to Turkey, Russia, Kazakhstan or India and then re-imported into Italy – as the prices of protective equipment rise, this business is particularly lucrative. In Rome and Milan, counterfeit masks have already been seized by the police. The lack of goods is opening new markets and fields of action especially where organised crime has infiltrated the state healthcare, which is already the case in both Northern and Southern Italy, including Lombardy.

The Corona-crisis offers wide scope for fraudulent activities, and not only in Italy: Interpol reports on two-thousand websites worldwide, where doubtful products are sold, for example a miraculous “Corona spray”. Meanwhile, Europol warns of a worldwide increase in cybercrime: among other things, unsafe emails are circulating in which cybercriminals act as the World Health Organization (WHO) in order to spread malwares and to access personal data. The Neue Zürcher Zeitung (NZZ) also reports that the emergency in Switzerland is being exploited by false doctors, usurers and cybercriminals, so that the investigating authorities have stepped up their efforts. In the favelas of Rio, on the other hand, organised crime is presenting itself as a better state that provides security and order in the crisis, thus gaining new social legitimacy. The ways and means of profiting from the crisis seem endless. Nicola Gratteri, leading anti-Ndrangheta investigator and chief prosecutor in Catanzaro, also expressed concern to the DPA about interruptions in proceedings against the Mafia; hearings are currently not taking place.

But beyond the health crisis, Mafia’s everyday business is currently on-going: in the ports of Southern Italy an increase in traffic volume has been registered. Movement of goods it’s still possible and border controls are becoming less strict than before. In the German newspaper “Neues Deutschland”, Wolf H. Wagner writes that more drugs are currently entering the country than usual through the South American and African routes. Nor is the consumption of drugs decreasing just because we are locked up within our own four walls: boredom and loneliness can increase the desire to consume illegal substances, also to counteract mental illnesses such as depression. Anti-Mafia prosecutor Federico Cafiero de Raho confirmed to the newspaper La Repubblica: “When the drug distribution centres are closed, drugs are delivered directly to your home”.

What these analysis show, is that we have to consider the Mafia as a virus that can infiltrate every political and societal space. Even if the social order changes and the exception becomes the new norm, crime adapts to maximise its own profits.

The memory of the mafia victims does not vanish: March 21st on social media