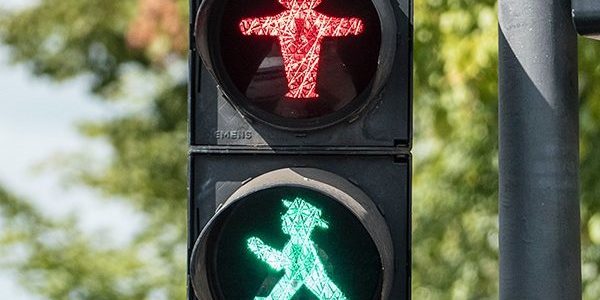 On 7 April 2020, the Berlin Regional Court ordered the confiscation of two properties in Berlin Neukölln, using a new legal instrument. Section 76a of the German Criminal Code allows the confiscation of assets previously seized as a result of certain crimes – even if the proceedings had to be suspended. Mafianeindanke welcomes this ruling and calls on the judiciary to use this instrument more often and in all areas of financial crime.

The two plots pieces of land in Neukölln concerned were provisionally confiscated in 2018. According to the Regional Court, criminals financed bought these properties with unspecified crimes’ profitsproceeds from unspecified crimes.

In its decision of 7 April, the Regional Court made use of the new instrument of independent confiscation pursuant to Section 76a of the German Criminal Code, which came into force in July 2017 in connection with the law reforming the criminal asset seizure. This provision relates to assets that have been seized on suspicion of a criminal act defined in the legislation under § 76a para. 4 of the Criminal Code and, among other things, allows confiscation even if the criminal proceedings had to be suspended. In this case the defendants were accused of money laundering, but a specific offence could not be proven with the necessary certainty.

Mafianeindanke welcomes this ruling. The fight against organised crime, money laundering and other financial crimes can only be successful if funds and assets are confiscated from the criminals. In this way, the judiciary prevents the perpetrators from investing in further crimes, expanding their economic power or keeping the illegally obtained profits safe from the investigating authorities.

However, Mafianeindanke criticizes that this is an isolated case. An effective fight against organized crime requires that the new instrument in the area of white-collar crimemust be used in all federal states for the area of white-collar crime. This requires well-equipped organisational units at the public prosecutor’s offices which only deal with asset confiscation.

In addition, Mafianeindanke is also critical of the reporting by some media, which reduce this instrument specifically to clan crimeClans of Arab origin. What is important, on the other hand, is to finally use the confiscation of illegally obtained assets in every area of financial crime. Especially against white-collar crime. Since the new norm has been in place, major German law firms, whose clients include white-collar criminals in pinstriped suits, have attacked independent confiscation in specialist forums and publications and called it unconstitutional. This interest-based debate also influences the work of those who apply the law in the judiciary. Lawyers allege a violation of the right to property under Article 14 of the German Constitution. However, it is not commercial law firms and their clients who decide on the unconstitutionality of a norm, but the Federal Constitutional Court, which has so far had no reason to make such a decision. Assets which, according to judicial conviction, can only come from illegal sources are of course not protected by the Basic Law.

Information for the press

Mafianeindanke is a registered non-profit association in which volunteer activists work against the penetration of organized crime into our economy and society, thus working for an open, democratic society with fair opportunities for all.