BitCrime project reveals the use of digital currency in organised crime 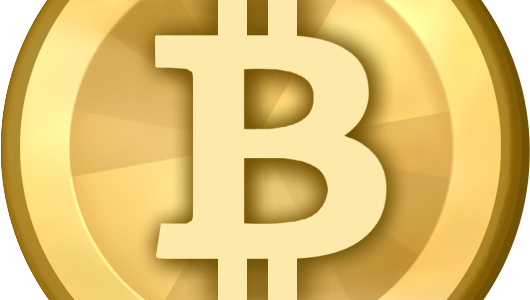 In May 2016, the European Central Bank (ECB) after months of discussions announced that in 2018 it would cease to issue the banknotes of a 500-euro value (yet the ones in circulation would remain valid). By this means the European Union wants to eradicate a comfortable „tool” for mobsters to smuggle tainted money. Yet nowadays tangible money is not the only method of performing illicit financial flows. With the introduction of virtual currencies (Bitcoin being the most famous in this category) the organized crime groups were given an alternative method of transferring illegally acquired assets. This issue was finally acknowledged by Germany and Austria – that is why they decided to launch a research focused on the use of digital currencies in the organized crime domain. The project’s name is „BITCRIME” and it will be founded by the German Federal Ministry of Education and Research (BMBF) and the Austrian Federal Ministry for Transport, Innovation and Technology with a total amount of €2.4 million.

Virtual currencies are used in peer-to-peer transactions – that means that there is no intermediary  between the parties to the transaction. As opposed to the regular banks that monitor the flow of assets,  virtual currencies’ administration is decentralized, there is no such institution that would watch over the legality of money transfers. For this reason, bitcoins have inclinations towards the black market use. The project BITCRIME aims at the prevention and prosecution of already committed financial crimes where the virtual currencies were used. It also focuses on developing innovative and workable approaches towards regulating virtual currencies. The research is divided into two main domains: German institutions involved in the project are to study the transactions where virtual currencies were used and to identify common characteristics for the ones that were found illegal. In this way, the research shall contribute to discovering traits that might indicate the illegality of the transaction which on a longer run would render criminal investigations more effective. The Austrian subproject concentrates on the trial to de-anonymize and identify criminal actors in virtual currency’s transactions. Also, they work on discovering and analyzing patterns that can be observed in criminal financial transactions.

The introduction of the Bitcoin (the first virtual currency) to the open market in 2009 proved that in the 21st century people do not need centralized institutions to perform money operations. Unfortunately, virtual currencies are (just as well as real, tangible money) prone to smuggling, money laundering and any other criminal activity. Since the discovery of a new currency is relatively recent, nationals’ and European law systems still have not reacted on this phenomenon. Yet with the growing society’s concern and more cases of the illegal use of virtual money both European governments and the European Union are willing to revise the law and to encompass these transaction in its’ legal scopes. It is highly possible that the report of the non-governmental organization – European Digital Currency & Blockchain Technology – will be taken into consideration while creating the new European Anti-Money Laundering Directive by the European Union. The law may not have yet the solution how to tackle the issue of the virtual money’s illegal use. That is why projects like BITCRIME are essential for the proper recognition of the problem and adoption of effective patterns to fight this phenomenon.

EU Directive on the freezing and confiscation – help in the fight against organized crime groups?