OLAF to close record numbers of investigations in 2015 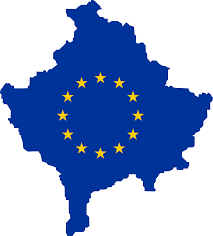 In 2015 the European Anti-Fraud Office (OLAF) closed 304 investigations, issued 364 recommendations to the Member States and EU authorities and opened 219 new investigations. The growth of efficiency is due to the 2012 OLAF reorganization, which turned out beneficial – in 4 years the office has reduced the number of long-lasting investigations by half.  What is worth noticing is that not only Europe-based investigations were handled by OLAF (as examples: fraud investigation in an ecological project in Africa or evasion of anti-dumping duties in Japan and Malaysia).

In 2015, OLAF was focused on fighting the illicit trade in tobacco products – they helped the Members States in the seizure of 619 million cigarette sticks.  Also, it contributed input to the discussion on establishing the European Public Prosecutor’s Office (EPPO). According to OLAF, EPPO will speed up the process of identifying mobsters and bringing them to justice.