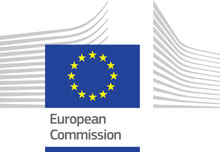 The project is aimed at enhancing active citizenship through the value of legality. The training programme we conceived for younger generations, and the opportunity they will gain to be engaged in the promotion of a set of strong values, working within different groups from different areas of Europe but committed to the same goals, will represent an effective path towards a tighter-knit Europe.

The beneficiaries will be particularly encouraged to interact – both at individual and associative levels – by the opportunity to be directly involved in a specific area of commitment such as the fight against organised crime. The social interaction of participants will be particularly intense, in a long-term and global perspective, involving a core dimension such as the promotion of legality paths at European and international level, as well as in everyday life. This interaction shall allow the concrete development of a broad sense of European identity, based on common values, that participants will represent as young citizens and, through common training and creative experience, will further recognise as a group in an extensive social dimension. This process will also foster a sense of ownership of the European Union among its citizens, being in this case the younger ones along with trainers and artists.

The participants will benefit of a valuable context where volunteering will be promoted after the conclusion of the project as well, as the media observatory, the itinerant cinema experience and music/theatre contests that they will implement will offer them a relevant space to follow up with the activities and further develop their skills, their engagement and their commitment.

The long-term partnerships and daily cooperation will also encourage interaction between citizens and civil society organisations from all the participating countries, not limited to those directly involved in the project.
The content proposed and the aims of the project imply raising awareness and mobilising stakeholders, active in bridging cultural barriers to reflect on social cohesion and social innovation, also thanks to the new tools included in the training activities and the opportunities for young European citizens and University students to further develop their work and commitment on the issues proposed.

The project will especially promote European values such as tolerance, mutual understanding, and solidarity both along its duration and after the conclusion of the activities. This will be ensured by the dynamic of training and volunteer work and, above all, by the topics such as the value of legality, the social tackling to organised crime, human rights defence and the responsible use of money proposed for the workshops activities and content development though arts, cinema, journalism and music. This process will also represent a sound way of contributing to informal learning for active European citizenship. At the same time, the value of one important dimension of the latter, i.e. volunteering, will be increased and enriched, thanks to the commitment of young European citizens who are really motivated to engage in a complete growth experience.