Why ‘ndrangheta is a problem for Germany as well 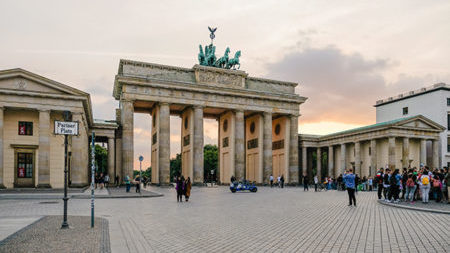 In 1977 Der Spiegel magazine mocked Italy by putting a plate of spaghetti “seasoned” with a gun on the cover of their 31st issue. Almost 45 years later, the problem of organised crime has become global, but many Germans still pretend not to see. This is how the ‘ndrangheta conquered Germany.

“And remember one thing. The world is divided into two: what is Calabria and what will become Calabria”.

These words, taken from a wiretapping between two ‘ndrangheta members, show the willingness to conquer by the most active and dangerous organised crime group in Europe right now. A slow but unstoppable conquest, which began in the distant post-war period, taking advantage of the legal instruments of exchange of labour between the Federal Republic of Germany and Italy. The ‘ndrangheta has, in fact, started a “peppered” conquest, imposed, at first, by migratory flows and, only later, attracted by economic interests. The mafia expansion in Germany has, therefore, a long history which has its roots in the second half of the Fifties of the last century. Despite this, however, public attention and studies on the phenomenon are much more recent. Italian mafia organisations abroad tend to move with caution, making as little noise as possible and staying away from the prying eyes of the public. This “camouflage” makes the work of those who study the phenomenon rather complex and even more difficult is to make civil society aware of the presence of an organisation which is considered non-existent by many and which is in fact invisible to most people, because it works in darkness and silence, exploiting the lack of preparation of the “hosting” countries.

The fall of the wall: new opportunities for the mafiosi

The fall of the Berlin Wall in 1989 opened another fundamental chapter in the history of the expansion of Italian mafia organisations in Germany, and especially for ‘ndrangheta. This event, with the consequent reunification of East and West Germany, opened a new frontier and new spaces for the conquest of the Italian mafias in Europe. Mafias had a fundamental role in the start-up of business activities in the East of the country, essentially for one reason: they controlled a lot of liquidity obtained with drug trafficking and enterprises started in West Germany. In this framework of expansion, it is possible to notice a first great difference with the first flow that brought the ‘ndranghetisti to the western regions of Germany: the Calabrian association already had a logistic base in the country, had activated its supremacy on the drug traffic thanks to a solid network of outposts and it was ready to invest its money in a untouched area. The casual expansion which had characterised the first part of the ‘ndrangheta conquest was replaced by a more prudent strategy.

Structures and hierarchies: the dictates of the homeland.

“The ‘ndrangheta exists, and has certain characteristics, not because its members respect certain rules, but because those subjects recognize themselves in a mafia system, in which the term ‘ndrangheta becomes a criminal brand known in the world, in which you are not free to do what you want: if you do not behave like a ‘ndrangheta member there is someone who calls you to order”.

Said the Deputy Prosecutor of the Direzione Distrettuale Antimafia (DDA) of Reggio Calabria Giuseppe Lombardo during an anti-mafia conference organized by mafianeindanke in 2017 in collaboration with the Italian Embassy in Berlin. If Cosa Nostra – perhaps the most famous Italian mafia group from Sicily – abroad tends to shape itself according to the area in which it is located and to separate from the region of origin, the ‘ndrangheta does exactly the opposite: families abroad are and always remain a basic part of the family in Calabria. All the movements, investments and actions which are carried out in the foreign country are agreed upon with the motherland and depend on it, as is demonstrated by the feud of San Luca which, generated in Calabria, sees the trail of blood continue also in Germany with the “Massacre of Duisburg”. There are, therefore, two main goals of the ‘ndrangheta in Germany: the first concerns the international traffic of narcotics along the “Atlantic route”, which starts from the countries of South America and then arrives in Europe through the ports of Rotterdam, Antwerp, Amsterdam and Hamburg; the second is the laundering of dirty money through investments principally in restaurants, food distribution and construction sectors. Public Prosecutor Lombardo explains:

“There are some families that have a much greater criminal weight than all the others. Those of the highest rank are the families who decide the strategies: but it would be an error to consider them as the bosses of the ‘ndrangheta. The criminal structure does not depend solely on them, even if it is strongly influenced by them”, continues Lombardo: “the vertical structure that ‘ndrangheta has could make one think that today, the ‘ndrangheta, has a command group, a leader, which determines its existence. It is not that simple. The ‘ndrangheta is provided with a very sophisticated chain of command. There are three main orders, the historical ones, on which also the foreign articulations depend on: the Ionico Order, that of the city of San Luca, the “mamma” (“mum” Tn); the “Tirrenico Order”, the one of the cities of Palmi, Gioia Tauro and Rosarno; the “Centro Order”, the one of the city of Reggio Calabria. Imagine these three areas of Calabria: it is from here that the commands for the joints of ‘ndrangheta in the world start”.

The ‘ndrangheta is known, more than other mafia organisations, for its hunger for conquest, which took it first to the regions of Northern Italy and then to Germany. It uses the same mechanisms of penetration and the same mentality, not distorting its own character of family organisation which is based on blood ties also outside Calabria.

“The real problem revolves around the knowledge of the phenomenon, the concept of organised crime: we should talk a common language, especially at the European level, but this is not the case. The mafia-type criminal phenomenon in the Italian legal system is extremely evolved and complicated to explain, it is a system which, unfortunately, has refined its strategies through difficult and significant passages linked to massacres, murders, military type attacks which the Italian State has suffered for a long time,” explains PM Lombardo.

In Germany, as it is well known, there is no such thing as the crime for being a mafioso. The ‘ndrangheta has exploited the weaknesses of German legislation, moving undisturbed in the German social and economic fabric. If something does not change quickly, the Calabrian organisation will be able to benefit greatly and expand further. The German legislation also lacks laws regarding the seizure and confiscation of criminal assets: if a mafioso manages to live with the prospect of detention or being on the run, targeting his wealth and power means making him unarmed and this certainly frightens him.

“It must be clearly stated that mafias are such not only when they commit evident crimes, when they acquire the control of economic activities; mafias are not only those who make unjust profits or advantages. Today, any behaviour that profoundly interferes with the life of each one of us is mafia. The mafia of the Third Millennium is this and is not always recognised by the naked eye. Not everything is mafia, but what is mafia today, all together, in Italy and abroad, we must be able to understand it immediately, without making useless turns of phrase”.

Lombardo’s opinion opens to new considerations: the anti-mafia investigative activity in Europe and Germany is making important steps forward. We must remember above all “Operation Stige” from 2016, which led to the arrest of a large number of people between Italy and Germany, and “Operation Pollino”, which saw for the first time the creation of a “Joint Investigation Team”, between the investigative forces of Italy, Germany and The Netherlands (here’s our article about the matter). There is also the positive example of Berlin that is starting to use the instrument of seizure of assets against the Clan-Kriminalität (here’s our analysis).

Recognizing the mafias, especially for a German, is very difficult. It is a phenomenon that is still surrounded by an aura of mystery dictated by the myth of the “Godfather” and folklore. This phenomenon must be studied in depth and known in Germany as well as throughout Europe: only in this way will we be able to effectively battle organised crime.