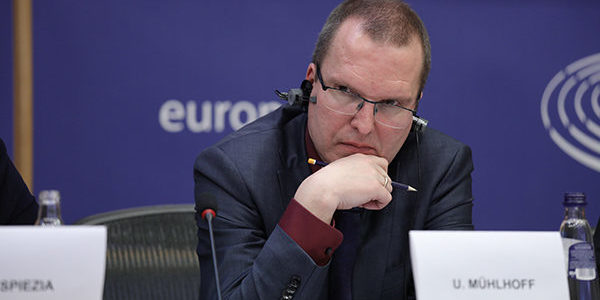 During a conference at the European Parliament on February 5, 2020, organized by the MEP of the Five Star Movement Sabrina Pignedoli, the Prosecutor of Duisburg Uwe Mühlhoff presented the results of the Pollino investigative action, which led to the arrest of 90 people throughout Europe and South America on December 5, 2018. The operation, also known as “European ‘ndrangheta Connection” is the result of an investigative collaboration between Italy, Germany and the Netherlands, formally united in the so-called JIT (Joint Investigation Team).

The JIT Pollino began to take shape as early as 2014 when the Dutch authorities became aware of a strange movement of Italian citizens of Calabrian origin who were gathering at the border between Germany and the Netherlands opening cafes and bars. So, the Dutch authorities began to seek cooperation, first in Germany and then in Italy. The JIT was formally established on 18 October 2016, thanks to the fundamental support of Eurojust. The collaboration was immediately fruitful, because some of the families active on Dutch and German soil were the same: the renown families of San Luca, the beating heart of the ‘ndrangheta in Calabria.

Before the creation of the JIT, it was impossible to carry out trans-national investigations in a productive way, since there was no type of collaboration between the police forces of the different European countries. This is where the JIT changed things: it allowed all the players in the game to receive the right information and support, not without obstacles. Prosecutor Mühlhoff remembers a key fact: after the formation of the JIT, two rogatory letters by the Direzione Distrettuale Antimafia (DDA) of Reggio Calabria arrived at the prosecutor’s office in Duisburg. These letters were, at first, incomprehensible to German investigators who lacked previous knowledge and training: “there were so many names”, says the prosecutor, “and they all sounded the same to us: all these Giorgi, Pelle, and so many allusions to past cases that we did not know about, we did not have the background information and at first we wondered: what are they talking about?”. The prosecutor points out that the DNA of a defendant who was found at the scene of the “Duisburg massacre” matched with that of a suspect in the Pollino investigation: it is therefore clear that there are relevant links between the 2007 slaughter and the more recent operation. Prosecutor Mühlhoff wants to specify that “the families involved in the Duisburg Massacre are still active and present in those areas”. Curious is the fact that, only fifty meters from the Local Court of Duisburg, there is a bar run by one of those families, where all the judges regularly have coffee.

A problem which is underlined by the Prosecutor Mühlhoff is the lack of personnel with regard to the investigations into organized crime in Germany, in particular, mafia-type: the attention of the police is very high, for example, against terrorism, but the action teams which deal with mafia are very few. In the specific case of the Duisburg Public Prosecutor’s Office, there are between 10 and 15 agents working in the group fighting organized crime, but they also deal with Bikers, Gangs and Arab Clans at the same time. In this respect, the contribution of the BKA, the German Federal Police, has been crucial and it willing to work on the case.

The Duisburg Public Prosecutor’s Office opened the investigation in August 2016 and deployed undercover agents and SWAT teams, with a special system of wiretap, car checks and financial investigations. “At first we thought that the ‘ndrangheta was working alone”, explains Mühlhoff, “but that’s not the case: it cooperates with all kinds of criminal groups – Turkish, Albanians, Moroccans – the 58 defendants in the German investigation come from a total of ten different countries. They work together: they cooperate wherever there is money to be made”. And the criminal activities were not only limited to drug trafficking, but also to supporting members of criminal families and money laundering through restaurants.

An important part of the investigation was the monitoring of 195 phone numbers that produced thousands of pages of wiretaps, as well as the decoding of some Blackberry phones and EncroChats (instant messaging application that uses special security protocols). The German police have also had surveillance gears inside defendant’s cars but – as reported by mafianeindanke almost a year ago – it was discovered by the defendants, also thanks to the advent of new technologies: the latest generation cars from Mercedes, BMW and Volkswagen send a notification to the owner’s phone when the car is opened, and the car companies have been reluctant to cooperate with justice. However, the surveillance stopped there, because in Germany it is virtually impossible to receive the authorisation to conduct audio surveillance in private homes and offices. The deployment of forces made it possible, however, to have undercover agents within Turkish groups doing business with the ‘ndrangheta and also managing to tail a defendant to South America where he was closing a deal of cocaine that would then be transported to Europe via the ports of Gioia Tauro in Italy and those of Amsterdam, Rotterdam and Antwerp in northern Europe. But not only the ports are under the control of the clans: their influence also reaches the airports. This is the case with a deal of 25 kg of cocaine transported from Bogota to Miami and from Miami to Amsterdam airport through a rose delivery. “The important thing in this case”, continues Mühlhoff, “is that the ‘ndrangheta clans do not always have direct control over the ports and airports, but they enter thanks to other criminal groups”.

The Public Prosecutor points out, furthermore, how the action of the organs of justice is always too slow with regard to the clans: “as soon as we arrested an important member of the clan, within a few weeks, there was already someone to replace him, maintaining the criminal activities”. Another of the problems that the German police find is the fact that they cannot follow the movements of the cars through the license plate number: in Germany it is illegal to come into possession of these data. Another issue raised by the prosecutor of Duisburg is the lack of a national database: since Germany is a Federal Republic, each Land has its own rules and above all the data protection law is very restrictive and does not allow sensitive data to be kept for more than six months.

On the operational side the difficulties were many: it may seem trivial, but the translation of documents is one of them. From Italy there were pre-trial detention orders of more than a thousand pages long in which all the evidence was described in detail, which meant an allocation of more than 1.25 million euros by the Duisburg Public Prosecutor’s Office for the translations only. “It is more important to have one good translator than ten investigators”, notes Mühlhoff, who also points out that the exchange of documents between the different prosecution offices is still too complex and slow. A further reflection made by the prosecutor focuses on the question of the different laws that each country has adopted: everyone does what he can with what he has, so the work of mediation by Eurojust was fundamental. Mühlhoff also recalls how in Italy, the prosecutors who deal with these things, are very often threatened and forced to have a police escort and a life of hardship: “I feel lucky not to need it”, says the prosecutor. In Italy, regarding the confiscation of assets, there is the inversion of the burden of proof, in Germany, instead, it is still the investigators who must prove that the assets derive from criminal activities.

Another curious case testified by Mühlhoff was the confiscation of 3.5 tons of cocaine in Antwerp: following a defendant in Guyana, the Duisburg Public Prosecutor’s Office was able to trace a shipment of cocaine bound for Antwerp, and when the case was reported to the Belgian police, the drugs were confiscated inside a boat. The police authorities, in an attempt to frame the group who had bought that cargo of cocaine, sent the ship to the port of Antwerp with white powder similar to cocaine, but the Belgian police was not on the scene when the criminal group went to collect the drugs, why? Because it was Saturday, and there were no teams available on the weekend.

Another important element in the success of Operation Pollino was the possibility for the Duisburg Public Prosecutor’s Office to interview an Italian cooperating witness who had information about Germany. Mühlhoff then concludes by outlining guidelines for the future: “we need perseverance, motivation and the ability to learn and adapt to every situation: we have learned a lot from this investigation, and we will continue to do so. Transnational investigations can help if there are national deficits”, he continues, “mafias like the ‘ndrangheta do not work alone, they are a world wide web of criminal organizations. The puzzle can only be solved by working together, we may not have all the pieces but together we can have enough information to understand. In the future we will need much more European collaboration, not less”.

Filippo Spiezia: ”The European Commission wants to cut Eurojust’s operational budget. It is unacceptable and against the EU values”