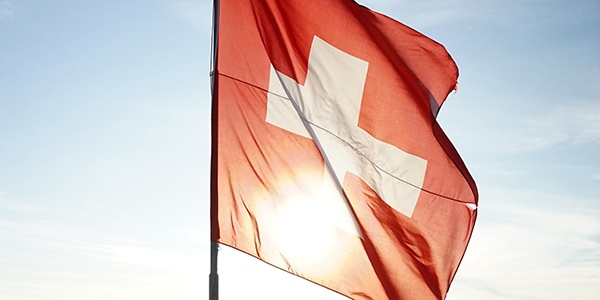 On 2 March this year, the National Council, the so-called Grand House of the Swiss Parliament, prevented the introduction of new anti-money laundering legislation, which the Swiss government (Federal Council) had already proposed on 1 June 2018. So far, the international media have not paid much attention to this vote. The amendments to the AML Law should, among other things, include an extension of the due diligence obligations for lawyers, notaries and other advisory professions such as trustees or tax advisors. Currently, only banks and financial service providers are covered by the AML Law. Exceptionally, this includes lawyers to the extent that they provide financial services in individual cases.

In the future, the law should also apply to mere advisory activities, such as those offered to companies abroad, to shell companies existing in Switzerland or to trusts or services such as the establishment, management or administration of these companies. Such an expansion of the circle of obligated persons in the anti-money laundering regime is in line with the current standard of the Financial Action Task Force on Money Laundering (FATF) set up by the G7 countries, of which Switzerland is a member. The FATF’s petition has already been implemented in the EU states with the Fourth EU Money Laundering Directive of 5 June 2015. The scandals uncovered by international research networks demonstrating the use of offshore shell companies for money laundering purposes, including tax evasion, “Panama Papers” had led to this extension of standards. As a member of the FATF, Switzerland is committed to implementing this standard in national law.

The decision was taken in the National Council by 107 votes to 89. Except for a few dissidents, the right-wing factions of the SVP (Swiss People’s Party), the Liberal FDP and the CVP (Christian Democratic People’s Party) voted against a stricter law on money laundering. Supporters of an alliance between the SP (Social Democratic Party), the Greens and the Liberal Greens could not prevail.

In the next phase, the Council of Cantonal States (the so-called Small Chamber of Parliament) decides on the bill. If the Council does not want to reopen the debate, which is currently foreseeable, the bill is completely sunk.

In the course of the debate, the Swiss Social Democrats and the Greens stressed that the revelations about the Panama papers clearly demonstrate the need for action in Switzerland to fill this legal gap. The papers revealed that Swiss lawyers and other consultants were involved on a large scale in the creation of problematic domiciliary companies (shell companies) in Panama. In fact, thousands of domiciliary companies were acquired and created by Swiss lawyers and private banks through the mediation of the Mossack Fonseca law firm in Panama. A combination of shell companies based in offshore countries, managed by fictitious trustees who receive instructions from lawyers and trustees in Switzerland (and other financial centres), was often identified. Swiss lawyers and trustees are thus the logistical link between the offshore countries and the investment country Switzerland.

The “Luanda Leaks”, also discovered in January 2020 by an international consortium of investigative journalists, show a network that worked in a similar way. The daughter of former Angolan President dos Santos. Isabel dos Santos, had built a network of 400 companies in 41 countries to systematically appropriate billions in public funds. International banks, lawyers and other consulting firms provided support and closed both eyes. Isabel dos Santos and the entire family clan were able to enrich themselves unscrupulously for years at the expense of the state and the population. Swiss intermediaries helped to ensure that some of this looted money ended up in Switzerland.

Discourse of the legislative initiative opponents: A revival of the EU debate

The influence of lawyers and advisory professions in the Swiss Parliament is particularly strong. In this case, Switzerland does not differ significantly from the German parliamentary system. Under the leadership of the lawyer lobby, the blockade of opponents of the initiative highlighted the considerable additional work required to manage the mandate, to clarify the type of client and possible beneficiaries, and warned above all against the “erosion of lawyer-client privilege” and the role of the lawyer in the administration of justice. The parliamentary majority thus made use of the argument, already deadly in Europe and especially in the German debate, about the lawyer’s obligations in the area of money laundering, according to which the Money Laundering Act would foster a climate of mistrust between lawyer and client. In the end, according to them, this would lead to a “totalitarian state”.The members of the parliamentary group of the UDC in Zug supported their rejection by using historical parallels. They quoted from the book by Berlin historian Jörg Baberowski “Scorched earth – The realm of Stalin’s violence”: “Under Stalin, the members of the Central Committee began to brand the fellow party members as traitors against their own common sense, so that they would not be suspected themselves.

In this ideological fog, the spokeswoman for the UDC in the Federal Council, Barbara Steinemann, was clearer about the ultimate goal of “no”: Switzerland must maintain the competitiveness of its financial centre at all costs. This is precisely what they fear. Without the network of lawyers and trustees linked to Swiss banks, the specific Swiss banking system with its globally leading product lines in private banking and asset management would be less attractive to clients. It would also be less attractive to criminals in the ranks of attorneys and clients.

The position of the Swiss government

The most characteristic point of the debate is that the Finance Minister Ueli Maurer, who was responsible for the legislative initiative, did not deviate from the position of the no-sayers. He is a leading member of the SVP and deviates from the position of his party comrades only on tactical issues. From the very beginning, he stressed that failure to implement the FATF standards would have caused a worldwide reputation problem for the entire Swiss financial centre. Switzerland would enter into an open confrontation with international bodies for no reason whatsoever. The FATF regularly checks whether the laws of its member states comply with its recommendations. Switzerland’s next revision is scheduled for 2021. Maurer’s arguments were actively supported by the Swiss banking and insurance lobby, which also supported the legislative initiative.
In vain, the Finance Minister said that ”soup is not eaten as hot as it is cooked”. After all, the decisive factor is the actual implementation of a legal provision and not the way it is placed in the showcase of a federal law or an official gazette. He emphasized that the lawyer-client privilege will be preserved even with the revision of the law. Lawyers are obliged to report only if this does not violate attorney-client privilege, he said. And this offers a solid fortress in Switzerland that prevents the emergence of reporting obligations.

There is no reason for Germany to point the finger at the sinner Switzerland in this debate. Although the Federal Government – as part of the implementation of the Fifth Money Laundering Directive – has ensured by the end of 2019 that lawyers and other liberal professions, such as notaries, comply with their obligation to report suspicions, so far these annual reports of suspicions by the liberal professions do not exceed a single figure. In addition, the federal government’s announcement has not led to any significant results in reducing money laundering and monitoring the implementation of this law by the liberal professions. As in Switzerland, the liberal professions are not yet obliged to report when the facts relate to information received in the course of legal advice or legal representation. This should only apply if the obligated party knows that the contracting party has used legal advice or legal representation for the purpose of money laundering, terrorist financing or other offences. The German Lawyers’ Lobby can live well with this provision, as it offers enough flexibility on the subjective side of secure knowledge.

Covid-19 and Mafia: How two viruses strengthen each other