Is laundering money in Spielothekes possible? 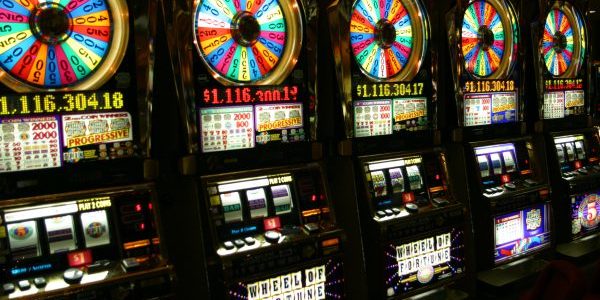 Walking Berlin’s streets it is impossible not to notice the overwhelming amount of shiny, colorful „SPIELOTHEK” signs, sometimes placed one next to another. As an example: Sonnenallee in Neukölln, where the Spielothekes have taken over the reins. Something that – on the first glimpse – looks like a harmless counterfeit of western casinos, in reality might be the „habitat” of organized crime groups’ activities. It is suspected that the slot machines (the most common device in Spielhalles) can be tampered, in order to funnel money into the legal system. The study shows that from 2006 to 2012 the number of slot machines has increased by four and the sector’s turnover has raised by 40%.

Laundering money in casinos is a well-known concept of layering the money’s origins on the crime scene. The most famous method to cover the real source of these assets is to buy a significant amount of coupons or chips using tainted money and then cash the aforementioned. The mobsters perform this intricate plan to whitewash the real source of illegally acquired money.

The phenomenon of Berlin’s mushrooming Casinos has been already discussed in the Abgeordnetenhaus of Berlin. In 2011, the Buchholz law (the law’s name comes from the initiator’s name, an SPD politician) was passed. The new regulations will lessen the number of Spielhalles in Berlin. The rules state that distance of at least 500 meters in between casinos must be preserved and no casinos can be established closer than 200 meters from schools. It is forbidden to offer to the clientele food and drinks free of charge. They cannot open earlier than 11 a.m. and no more than 8 slot machines can be installed in one casino. The ones that will break the law face fines ranging from 50 000 euro up to 500 000 euro. What is the most important,  is that „Buchholz law” is applicable not only to the „new-bees” in the business, but also to the Spielhalles that already exist. It means that by 31 July 2016 (it is the date when last-issued casino’s permits will terminate) a considerate amount of already existing Spielothekes will have to close. According to Buchholz, the new regulations will enable to reduce the Spielhalle’s existence by half.

There is a declining trend that can be observed in terms of slot machines availability: in the end of 2014 there were 4900 slot machines all over Berlin whereas in the end of last year – 4100. Most  of the slot machines are still in Berlin Mitte (1069), followed by Charlottenburg-Wilmersdorf (495) and Friedrichshain-Kreuzberg (455). The city has released 535 licenses to Spielothekes’ owners that are still valid. However, with the end of July 2016 the validity of these permits will end and new ones will have to be issued according to the latest law amendments. It is estimated that every day in Berlin 500 000 euro vanishes in slot machines. It is said that the city in the past year received 39.

Norway – the least corrupted country in the world.