INTERPOL and the United Nations Office on Drugs and Crime (UNODC) sign an agreement on tackling transnational organized crime and terrorism. 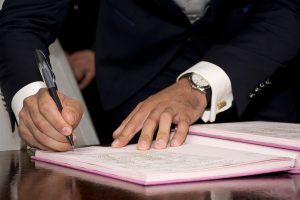 23 May 2016 in Vienna an agreement on tackling transnational organized crime and terrorism challenges was signed between INTERPOL and the United Nations Office on Drugs and Crime (UNODC). In November 2016 it will be submitted to the INTERPOL General Assembly for approval. Its main goal is to introduce a Joint Action Plan across six common areas: terrorism, illicit trafficking and organized crime, cybercrime, maritime and border security, forensic and criminal justice capacity, and institutional capacity.

INTERPOL and UNODC have been working closely together for many years – operation Folsa from 2015 is one of the examples (seizure of almost 170 kg of drugs worth 10 million euros shipped from Latin America to Europe). This agreement’s aim is to expand mutual cooperation and render the collaboration more effective.