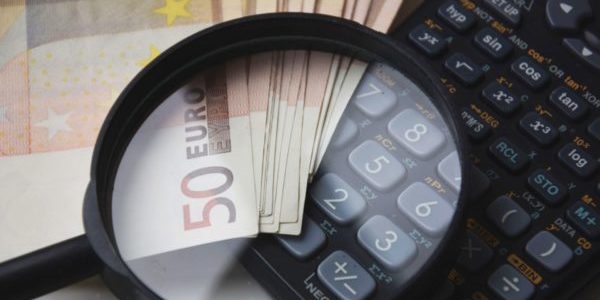 The Fifth EU Money Laundering Directive (Directive (EU) 2018/843 of the European Parliament and of the Council of 30 May 2018 amending Directive (EU) 2015/849 on the prevention of the use of the financial system for the purpose of money laundering and terrorist financing and amending Directives 2009/138/EC and 2013/36/EU) had to be implemented by the member states by 10 January 2020. Spain, Portugal, the Netherlands, Romania, Hungary, Slovakia, Slovenia and Cyprus did not transpose this directive at all within the deadline; other EU states transposed it only partially. Italy, Germany, Finland, Latvia and Bulgaria are the only EU countries that have fully implemented this directive according to the European Commission. The German Implementation Act came into force on 1 January 2020. However, the question of whether the transposition laws of these five countries also comply with the content of the Directive in substance and in full needs to be examined separately.

The failure of the defaulting member states to meet the implementation deadlines shows how little importance the executive and legislative bodies of the individual EU member states attach to effective money laundering prevention and a harmonised legal framework for the prevention of money laundering in all sectors of the European Union’s economy, despite all assurances and rhetoric.

The European Commission itself is partly responsible for this desolate situation. In the four previous directives on the prevention of money laundering, it had already failed to consistently sanction non-compliance with the transposition deadlines or materially inadequate implementation in national transposition laws. The Commission would have the instruments for this by initiating infringement proceedings. The Commission can initiate formal infringement proceedings if an EU country fails to notify the measures to fully transpose a directive or fails to remedy an alleged infringement of EU law. The procedure consists of several steps – at a certain stage of the procedure, involving the European Court of Justice – laid down in the EU treaties, each of which ends with a formal decision. In cases where the Commission refers the matter to the European Court of Justice for the second time, it can propose the imposition of very severe financial sanctions in the form of a lump sum and/or a daily amount to be paid.

At present, 17 infringement proceedings are still pending for inadequate implementation of the Fourth EU Money Laundering Directive by individual member states. This Directive should have been implemented as early as 2017. The European Commission is not in a position to conduct these proceedings independently due to the desolate staffing situation in the Commission’s working units responsible for money laundering prevention. It has “outsourced” the examinations relevant to the proceedings to the Council of Europe; the pending proceedings for suspected violations of the Third Money Laundering Directive were completely discontinued due to this personnel situation. As a result, the European Commission is mutating into a paper tiger in the fight against money laundering, which the member states have no reason to fear.

It is quite clear that the letter of the implementing law and its compliance with the requirements of the respective directive alone does not say anything about how effective the respective anti-money laundering measures are in the individual EU member states and how the implementing laws are actually lived in the individual EU states. There is a deep gap between the claim formulated in the directive or the individual implementation law and the legal reality in the individual EU states. There is enough evidence of implementation deficits in the member states Denmark, the Baltic States, the Netherlands, Malta and Cyprus. Germany, too, is an eloquent negative example. Although Germany is one of the model countries in the formal implementation of the EU money laundering directives, the actual implementation in the federal system is a farce, not least due to a lack of personnel in the state authorities responsible for the non-financial sector and the lack of political will on the part of the state governments. In some cases, years after the legal requirements came into force, the Länder have made no attempt to start implementation in individual supervisory areas. For example, the regulations on the supervision of notaries in terms of money laundering law are being negated by the presidents of the regional courts in the federal states.

Conversely, however, this does not mean that the harmonised legal framework for the prevention of money laundering in the European Union intended by the Directive is irrelevant.

On the contrary, a fragmented regulatory and supervisory framework in the field of money laundering prevention is poison for effective supervision in cross-border situations. Money laundering cases of relevance such as the Danske Bank case, with a volume of EUR 200 billion, usually have such a cross-border background. Without a harmonised legal framework, there can be no smooth exchange of information and no effective coordination of the competent authorities in the European Union. Also, in order to preserve the integrity of the EU internal market, there is a need for harmonised, concerted action by the supervisory institutions in the EU Member States with regard to third countries with a high risk of money laundering.

What can be done?

These problems will continue in the future when it comes to regulation in the area of money laundering prevention, unless the European Commission finally decides on an alternative regulatory route. The 6th EU Money Laundering Directive of 12.11.2018, which is to be implemented by the EU states by 3. 12.2020, has still been adopted according to the old harmonisation pattern, namely the creation of minimum standards in the form of a directive and their implementation by national implementing acts. EU law does not prevent the Commission from choosing the path of full harmonisation by adopting an EU regulation in future. In agreement with the Council and the European Parliament, the Commission is increasingly adopting this approach to financial market regulation. There is no good reason why this should not be done in the same way for the prevention of money laundering. Legislative procedures could thus be considerably accelerated in order to be able to react immediately to identified risks. Once the regulation has been adopted, the content of the regulation would also become legally binding immediately; fragmented implementation laws in the member states would no longer be necessary.

The memory of the mafia victims does not vanish: March 21st on social media